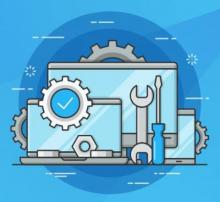 Kaseya has introduced Unified Remote Monitoring and Management, a new framework for its RMM platform that will ultimately enable technicians to manage cloud services, Internet of Things devices, mobile hardware, and Azure Active Directory records through the same interface they already employ to support servers, PCs, and networking gear.

When fully in place later this year, the new technology will enable users of VSA, Kaseya’s remote monitoring and management platform, to save money and improve technician productivity by discarding the standalone cloud management, mobile device management, and network management tools many of them now rely on, according to Kaseya CMO Mike Puglia.

“I’m going from four different things down to one thing,” he says.

Features eventually supported through Unified RMM will include the ability to find, map, remote into, and manage IoT devices; inventory, provision, and manage software- and infrastructure-as-a-service solutions; and remotely lock or wipe iOS and Android smartphones and tablets.

The system will allow technicians to view and modify information about users in Azure AD as well. “If you’re managing the computers they’re using, why shouldn’t you see them in your RMM?” Puglia asks.

IoT management capabilities are set to begin rolling out in VSA later this quarter. Cloud and mobile management functionality will arrive this summer.

Unified RMM is Kaseya’s response to the IT world’s transition from on-premises servers and PCs to a computing paradigm increasingly dominated by cloud services and mobile devices and crowded with unconventional network-enabled hardware. That megatrend, already unfolding for years, was dramatically accelerated by the coronavirus pandemic and associated switch to work-from-home computing.

“First you had virtualization, then you had containers. Now you have serverless services,” Puglia says. “You have to be ready for all of it, because you’re going to have to do all of it, and that’s what we’re trying to get to.”

It also expands beyond the basic billing and optimization functionality Kaseya acquired in 2017 when it bought cloud management vendor Unigma.

“Just provisioning and billing, those are nice features but really managing the infrastructure is where the MSP loses hours of effort and can make dollars in revenue as well,” Puglia says.

The challenges of supporting multiple online solutions through multiple, single-tenant management consoles have turned cloud management into one of the hottest topics in managed services software.

“You’re going to hear a ton about that from Kaseya over the coming years,” says Fred Voccola, Kaseya’s CEO. “I think it’s important.”

So do other firms. Augmentt and Zerotek, both of which opened their doors last year, are two of many mostly younger vendors that specialize directly in cloud management and security. Kaseya competitor Datto, meanwhile, recently announced plans to raise its cloud management R&D spending close to 40% this year.