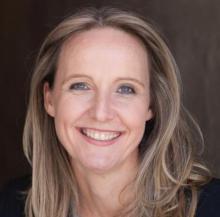 In a sign of continuing commitment to the burgeoning Internet of Things market, Ingram Micro has opened a new Global Center of Excellence for IoT and appointed its first vice president-level global head of IoT strategy.

“It’s quite a commitment that we’ve put in place,” says Sabine Howest, who’s new title is vice president of global partner engagement and IoT. “We [are] thinking and believing that once this is over, it’ll go back to a great growth area for the channel and for distribution.”

The IoT center of excellence, which joins earlier centers dedicated to cybersecurity and data center technologies, pools together technical sales specialists, solution architects, developers, and others with Internet of Things expertise. Howest, without specifying numbers, says that many on the center’s staff are recent newcomers hired for their IoT experience and knowledge.

“This is really an investment that Ingram is betting on,” she says.

Included in that investment is the construction of facilities where partners will be able to attend labs, test proof of concept solutions, and stage demo projects for customers. The first of those sites, which is located near the company’s U.S. headquarters complex in Irvine, Calif., was completed weeks ago, but won’t officially open for business until after coronavirus-related travel restrictions ease.

“As soon as we’re able to go back, hopefully, to work, we should be able to also open this physical facility there and with that also the center of excellence,” Howest says.

Coordinating the IoT center of excellence at the global rather than country level, she continues, is more efficient and frees up resources within Ingram’s national subsidiaries that would otherwise be wasted on duplicated effort.

“It allows them to focus more locally on the partner,” Howest says.

Eric Hembree, Ingram’s director of IoT for the U.S., looks forward to taking advantage of the new resources soon to be at his disposal, which supplement an existing Ingram Internet of Things briefing center in Buffalo, N.Y.

“Having that ability to have our experts on the development side be able to craft and engineer solutions for our partners in our lab and this center of excellence, and really have them invite those partners in to demo it and showcase it, I think it's just going to be leaps and bounds more powerful than kind of demoing a dashboard,” he says.

There are no specific rules in place at present for which Ingram partners can utilize the Irvine facility’s finite capacity. According to Howest, Ingram plans to make those decisions on a deal-specific basis.

A 10-year Ingram veteran, Howest officially added oversight of the company’s global IoT efforts to her duties five weeks ago. She continues to be responsible for leading global business development with top vendors and solution providers, augmenting Ingram’s capabilities within the enterprise and specialty markets, and overseeing Ingram’s other Global Centers of Excellence. Her early priorities in her newest role will be extending the company’s IoT capabilities.

“Getting deeper and getting more technical, actually, to enable our partners [to be] more hands-on, I would say, is the first piece, and then accelerating the adoption of IoT practices inside distribution,” Howest explains.

In estimates made before the COVID-19 outbreak, IDC predicted that worldwide IoT outlays would reach $1.1 trillion in 2023. Ingram’s campaign to grab a piece of that spending, which began in earnest late in 2018, has since then included the launch of an IoT online marketplace as well as the introduction of “practice builder” sessions designed to help partners with serious IoT aspirations get a solutions business off the ground rapidly.