Drilling Down into CompTIA’s IoT Research 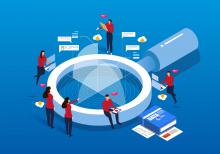 The Internet of Things may be new to some IT integrators, but it’s not new to CompTIA. The industry organization first studied IoT in 2015, then followed up with a second report in 2016. The newest report, 2019 Trends in Internet of Things, came out in February. We finally caught up with the report’s author, Seth Robinson, CompTIA’s senior director for technology analysis, and asked him to give IoT Playbook readers a good overview of the state of the industry.

Robinson and other CompTIA analysts watch the community forums to gauge interest in new technologies, and IoT has been bubbling up for several years. Just over 500 companies responded to the CompTIA survey late in 2018.

1. Internet of Things has a broad ecosystem. While the name “IoT” focuses on hardware, it encompasses operational and data analysis software, new network standards, and protocols as well. For example, cellular data networking is more familiar to telecom resellers than IT integrators, but billions of IoT devices can only connect through cellular data networks. Software and data analytics drive many IoT adoptions, adding to the range of subjects an IoT integrator must master.

2. Internet of Things initiatives span the entire business. You may consider “digital transformation” a hype-filled buzzword, but when integrators start adding IoT to existing business practices (as 63% of respondents to CompTIA’s survey plan to do) they’re engaged in digital transformation. Such projects need buy-in from the top of the executive chain, and many integrators will need to work with business areas they rarely address.

3. Financial implications are difficult to calculate. Just over a third of respondents to the CompTIA study look at IoT projects as cost-cutting measures, while just under a third view IoT projects as ways to drive new revenue. In truth, however, they can be both. That complexity makes determining ROI on some IoT projects tough.

4. Internal and external skills are needed for success. Networking devices may fall easily into an integrator’s wheelhouse, but collecting and analyzing data from those devices likely doesn’t. Be prepared to partner on projects to add the tools not found in your toolbox. Since 130,435 of the 147,963 IT firms in the country have between one and nine employees, according to CompTIA, the ability to find and work with partners may be the single most important indicator of future IoT success.

According to Robinson, two issues hold back IT integrators from successfully jumping into IoT projects: “Number one, they need people with data skills. Number two, IoT doesn’t just come in a box you can sell.” But we can’t automatically blame integrators, he adds. “The standards are not well productized, there are conflicting standards, and there are new devices and new software to learn.”

He also has a warning: “Pure product play resellers will find IoT tough.” Integrators have been told for years that services are important to their success. In many ways, IoT is much more about services than the “things” on the network.

New tech adoption takes a while, adds Robinson, who points to cloud computing as an exception. The education department at CompTIA hasn’t been hit with many IoT training requests, which tells Robinson that we’re at the early part of the IoT wave. “This year moving into next year should be that mass adoption tipping point,” says Robinson. Most of the channel is still watching IoT develop, but they’re getting close to jumping in.

“IoT is in the news,” adds Robinson, “but it’s a complex thing.” And as CompTIA’s research has shown in 2015, 2016, and now in 2019, more integrators are getting closer to offering IoT integration to their customers.

James E. Gaskin is an author, consultant, and speaker on technology based in the Dallas area.