Auvik Has IoT Device Identification and Troubleshooting Prowess on its Roadmap 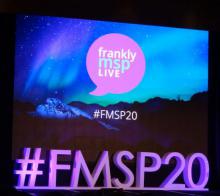 he goal that Auvik Networks has embraced for the year ahead is an easy one to state and a considerably harder one to achieve.

“The theme for 2020 is monitor anything, chart anything, and alert on anything,” says Co-Founder and Chief Product Officer Alex Hoff, who spoke with ChannelPro today at the vendor’s first annual Frankly MSP Live partner event in Santa Barbara, Calif.

That will entail turning a solution originally engineered from the ground up to meet one need—discovering and managing switches, routers, access points, and other basic network infrastructure components—into a more flexible system that can identify smart bulbs, smart thermostats, and all the other Internet of Things devices increasingly making their way into SMB environments. Auvik’s software is good today at detecting those products, according to Hoff, but less effective at determining what they are, due to design decisions favoring ease of use over flexibility early in the platform’s evolution.

“Our product was really focused on out-of-box experience, which meant it couldn’t do everything,” Hoff says. “There are still a bunch of what we call generic devices, things that we don’t know what they are.” Auvik wants to get that population down to as little as 10% of everything on the system’s map.

“If we can identify what a device is, it’s powerful for an MSP, because now you’re not tracing cables,” Hoff observes.

The challenge, he continues, is definitively classifying objects that don’t support network management protocols like SNMP. Auvik plans to solve that problem by mining the reams of data it collects about unknown hardware for patterns. If a user somewhere manually labels a device as a particular kind of IoT camera, for example, Auvik’s software can assume that every other device with identical traffic flows is the same product.

“Now I know what it is. I can’t monitor it per se, but I know what it is,” Hoff notes. Delivering that functionality in a way that makes utilizing it simple for MSPs will be a top priority, he continues.

“They’re not going to spend time configuring the product. They just want it to work and walk away,” he says. “That’s a lot of work for us to make sure that we can make it a good experience.”

Identifying more objects, however, is just an interim step on Auvik’s roadmap. Eventually, the company wants to turn its core offering from a network management solution to the ultimate tool for pinpointing network problems.

“If I had to put one large goal out there, we want to be the de facto tool, platform, product, whatever you want to call it, for troubleshooting,” Hoff says.

Auvik’s October 2018 acquisition of Talaia, a Barcelona-based maker of network traffic analytics software, was a key milestone in that campaign, as was that solution’s integration with the rest of Auvik’s platform the following year.

“We’ve seen awesome adoption of that,” says Hoff of Auvik’s TrafficInsights feature, which is powered by Talaia technology.

Truly becoming the MSP community’s troubleshooting tool of choice, however, requires more diagnostic information than Auvik’s platform has at its disposal presently, so the company plans to begin importing log data from network devices this year.

Providing centralized access to log data will be the first phase of what Hoff envisions as a three-step process. In the second phase, the system will help users filter log data so that anomalous events, like a firewall getting hundreds of failed login attempts or traffic suddenly being diverted to China, are easier to spot.

The final phase will add the ability to receive alerts when anomalies occur. Auvik will provide templates for configuring that feature, according to Hoff, but leave room for customization as well. “We will give you an out-of-box experience, but you should be able to extend it for a use case that we can’t see, or it’s a use case that only applies to you because you are in some really weird niche industry and it doesn’t apply to the broader portfolio of MSPs,” he says.

“Machines aren’t very good at that. You have to teach them how to do that, but it’s really just a decision tree,” Hoff observes. “When you complain that your Salesforce isn’t working, is it your device? Is it the network? Is it Salesforce? Is it the Internet connection?” Figuring all that out is difficult and time-consuming for an MSP, but potentially easier for network management tools with machine learning functionality.

Adding that functionality is among the other future plans, including potential acquisitions, that Hoff discussed with ChannelPro at this week’s conference.