The Year Ahead in Processors 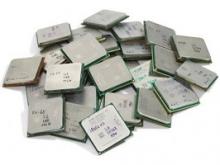 The excitement builds every year as resellers wait for the newest processors for servers, computers, and network appliances. The rest of this year will see improvements across those three areas, along with storage and IoT support.

Karl Freund, senior analyst for Moor Insights & Strategies, says, “The biggest event will be the introduction of AMD Zen-based servers. What is not known is which OEMs will choose to bring them to market. I think it’s a safe bet that HPE will bring out a two-socket AMD Zen product and will focus on the SMB and smaller enterprises, making this primarily a channel play.”

Early reports of AMD’s 32-core Naples SoC (system on chip) appeared in the fall, as well as an eight-core Summit Ridge processor for desktops. Resellers should expect AMD to set the new server CPU pricing lower than Intel’s Xeon chip, yet provide more memory and I/O. Look for these to ship in the second quarter of 2017.

Intel’s Plans
Intel, which still controls about 90 percent of the server processor market, purchased field-programmable gate-array chip (FPGA) vendor Altera last year. FPGAs are one way to accelerate server processing speeds, says Rob Lineback, senior market research analyst for IC Insights. “Intel is bundling FPGA chips with some CPUs, and they are working to put those functions in the server chips themselves.”

Part of the reason Intel jumped into the FPGA pool is to counteract some of the performance acceleration boost from graphics processor vendors like NVIDIA and AMD. Freund adds that, “The big news for NVIDIA will be volume shipment of the Pascal-based GPUs for PCs, workstations, and high-performance computing. These have been announced and limited volumes have shipped, but they will be in big demand in 2017. In addition, these new GPUs also support 16-bit floating point and 8-bit integer operations for Deep Learning applications.”

Servers need more processing power to keep up with the Internet of Things, says Lineback. “IoT increases the need for new servers to gather and process all that IoT data.” Intel announced in March 2016 that it planned to focus on data center storage and IoT. The company has also released its third generation of CPUs based on 14-nanometer dies. Cannonlake processors, the first to use a 10 nm die, have been pushed back until mid- to late-2017.

But those IoT devices sending data to Intel-based servers don’t usually run Intel chips themselves, continues Lineback. “Intel’s IoT division has lots of products out, and is introducing new products all the time.” But Advanced RISC Machines (ARM) chips have beaten back Intel’s push for Atom processors to power IoT devices as well as smartphones and tablets.

Conversely, ARM chips have not been able to make significant inroads into Intel’s server processor territory. ARM Holdings plc in the U.K. leads the charge on microservers to power hyperscale data center servers, optimized for highly parallel processing jobs. Intel responded by building its Atom and even some x86 processors into some microserver products, says Lineback.

What about ARM Servers?
But microservers’ time has not yet come, says Freund. “Don’t waste your energy on ARM servers, at least not yet. The chips are only being used in research, and there is no volume demand on the horizon.”

Intel has made progress in solid-state disks, thanks to a partnership with Micron. 3D XPoint technology, with its increased speed and storage capacity, could boost nonvolatile computer memory and data storage performance. “Intel is behind Samsung, Micron, and Toshiba in NAND storage,” says Lineback, “but is catching up and trying to change the rules of the game.” The 3D XPoint SSDs, labeled Optane, should start shipping early in 2017, with dual-inline memory modules (DIMMs) based on the new technology later in the year.

What will we likely discuss next time when we talk about what’s coming in 2018? Silicon photonics. Intel has already rolled out some data center products to support 100 Gb/sec networking, and more are coming soon.