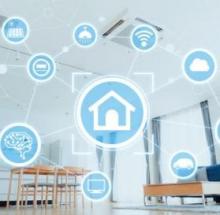 Smart home devices aren’t that smart yet, because Amazon products don’t talk to Google devices or Apple iPhones without far too many complicated steps. Matter, a recently completed smart home interoperability protocol that works at the application layer, is poised to solve that.

One reason for the optimistic outlook for Matter is the enormous number of companies involved in developing the standard over the past four years. The Connectivity Standards Alliance (CSA), a revamped version of the Zigbee Alliance, has over 550 members. Started in late 2019 by heavyweights such as Apple, Samsung, Amazon, and Google, the “Connected Home over IP working group” began using the Matter name 18 or so months later, according to Stacey Higginbotham of Stacey on IoT and editor of the Internet of Things Podcast.

Implementation of a standard that requires 899 pages to define will require some pushing and shoving to align details, she notes. “It supports Wi-Fi and Thread (a mesh protocol similar to Zigbee), but Amazon and others will hold off on Thread support,” Higginbotham says. However, Matter is the first standard to incorporate security standards inside the protocol, she adds, “and the government NIST labeling guidelines will probably be based on Matter.”

The current lack of interoperability keeps the market from growing the way vendors want, she points out. With Matter, “each device using Matter will see and understand other devices for at least some operations.” There will be a single certification process for interoperability too.

Parks Associates research found that 73% of U.S. broadband households that own or plan to buy a smart home device consider interoperability with other products, according to Research Director Chris White. “Sixty-eight percent say that Matter certification is important when choosing which smart home device to buy,” he says.

Products working together is good, but managing multiple devices from a single platform, which Matter enables, is better, adds Jonathan Collins, smart home and buildings research director at ABI Research. “Multi-admin support means the ability to choose which management platform or ecosystem will control all or a specific part of their smart home,” he says.

Only major functions will be included at first, requiring a second, device-specific approach for complete configuration, at least at the start of Matter rollout, says Higginbotham.

Channel pros serving the smart residential market will be critical for implementation. Dealers will have a catalog of devices to sell from multiple vendors, but they’ll still need to provide services for a complete solution, says Higginbotham. To prepare for Matter rollouts in 2024, she suggests solution providers spend 2023 training on Amazon’s ambient intelligence, which can be accessed via Alexa, and Intelligence Clusters in Google’s Home Device SDK. Developers will be required for complex Matter installations, she adds.

As Matter matures, channel pros will find devices easier to set up, a wider choice of products that will integrate, and a uniform onboarding system, says Collins.

Matter support will be included in new devices from silicon chips to Ikea smart products, he continues. “Players including Apple, Amazon, and Google have smart speakers and smart displays that will soon be able to become Matter compliant.” Some current products have capabilities such as Thread support built in already, Collins notes, and these can be upgraded.

The Yale Assure Lock 2, for instance, is already touted as Matter-compatible, White says, adding that iOS 16.1, which launched late in 2022, includes support for Matter 1.0. “More big names are coming soon,” he says, adding that the Amazon Echo and Samsung SmartThings hubs will be updating automatically, giving their large owner bases access to new brands and products. Consumers, even if they don’t realize it, will benefit from Matter first.

Higginbotham is confident that consumers will buy more home automation, thanks to the Matter standard. “This will be a net positive for the smart home,” she says, and that includes “a base for building on really good security.”