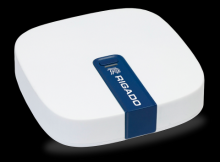 AS COMPANIES INSTALL more Internet of Things devices for projects like monitoring equipment, tracking inventory, or dispensing break-room snacks, they need more gateways and other upstream hardware to support those functions. Strategy Analytics found some 44% of companies already use edge computing to support IoT devices and expects that figure to reach 59% by 2025. Should system builders be selling them that hardware? If so, is there an advantage for integrators to use white-box hardware?

White-box hardware has plenty of growth options in the near term, according to Maria Yang, product marketing engineer at American Portwell Technology, which sells white-label IoT products. “Morgan Stanley predicts the industrial IoT market to reach $110 billion by 2020,” she says. Nearly 20% of all IoT projects are in industrial applications.

The enterprise IoT market alone is $18 billion today and is projected to grow to $58 billion by 2023, says Kevin Tate, chief revenue office at Rigado, a provider of wireless device-to-cloud edge connectivity and computing, referencing recent studies. And even though IoT sensor and other hardware costs have come down, the business value from those inexpensive hardware components keeps going up.

For example, Tate says, “Bluetooth alone is forecast to grow 10x in smart buildings over the next five years. This aligns with what we’ve seen in our partner base, where the leading adopters have shifted from pilot to production, and demand is increasing as their end users scale up.” Often, IoT projects that start as a single-use application grow into broader “smart spaces” initiatives, he adds, “leading to more opportunities for system builders to capture revenue.”

The types of hardware used in such projects, says Tate, include sensors, beacons, and edge compute gateways. These are typically packaged together into an IoT offering, and system builders can vary the type and number of devices for different applications.

Yang doesn’t believe most end users will have enough knowledge or expertise to put together a full IoT implementation. “However, we believe that system builders are more capable of using white-box hardware for their end-user clients.”

When evaluating IoT appliances, system builders should look for “a variety of features including connectivity and expansion, ruggedized design, fast time to market, and low power consumption,” says Yang.

Today’s gateway solutions are getting more resilient as well, she adds. “Our IoT gateways are designed for industrial environments, such as a warehouse with no air conditioning.” Back-end servers should offer several networking ports and the computing power to enable needed smart functions and high data transaction rates between the gateway and the cloud.

But IoT hardware typically accounts for just 5% to 15% of an overall IoT solution, according to Tate. “The value of the IoT system is getting the data to cloud applications the end user can consume, and the IoT hardware is a means to that end,” he says. As with networking and cloud computing, there’s been a gradual shift from the “sell a box” model to a “provide infrastructure as a service” model.

This new approach is slowly catching on. Currently, Tate says, the most demand for white-box IoT hardware is coming from manufacturers building IoT-enabled products and project teams at systems integrators creating user solutions. In some cases, the end user may have some existing IoT edge infrastructure, so the “builder can provide a hybrid hardware/software solution.”

Will that be profitable? Yes, says Yang. “A system builder doesn’t solely resell hardware. They combine their solutions with IoT hardware, software, consulting, and installation to create overall profit.”

Drone industry investments grow by 67% to record high at $1.2 billion

Is Best In Class the Only Consideration for your Analog Design?