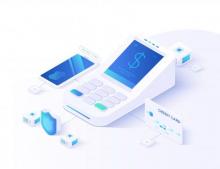 A TRADITIONAL point-of-sale system is essentially a smarter cash register. A smart POS, in contrast, connects to the internet and integrates with a variety of devices, all of which fall under the Internet of Things banner. Moreover, a smart POS can serve as the back end for a wide range of functions, opening up potential opportunities for integrators and IT solution providers.

Benefits of a smart POS include improved customer service, faster service delivery, ease of use, and accuracy, thanks to real-time updates and inventory tracking. Popular integrated devices include fingerprint readers for user authentication and mobile scanners for checkout and inventory. Some restaurants make it easy for customers to receive their bill and pay it from their phones, often using QR codes printed on the ticket. On the software side, smart POS systems can integrate with marketing and loyalty programs, for instance.

A well-known smart, cloud-based POS is Square, which started as an app and a tiny plastic rectangle and is arguably an IoT device itself.

Today smart POS is helping retailers like restaurants better control issues such as overpouring or undercharging at the bar, for example. "We can link the bar terminal to the bar camera and watch to see if a bartender rings up one beer but slides four across the bar to his buddies," says John Surdek, regional sales manager for New England at Retail Control Solutions, headquartered in Needham, Mass. Other customer systems Surdek has installed connect to temperature sensors on cold storage for problem alerts and monitoring.

Surdek sells primarily to the hospitality market and is not a fan of fingerprint scanners for that use case. "In restaurants, fingers get greasy, and that messes up the scans,” he explains. “You also need to onboard each new user and get multiple fingerprint scans."

The ability to integrate smart POS has gotten easier, but vendors count on integrators to do the work, according to R. J. Calio, a Connecticut-based retail technology management consultant. "It used to be difficult to integrate devices, but now everybody has APIs and third-party software,” he says. “POS vendors decided they can't do it all, so they have partners to fulfill needs and integrate with them."

Calio believes the path to success for integrators looking to implement smart POS for customers is to find a niche or vertical and then dive into the security side, as many businesses need physical security with surveillance cameras along with cybersecurity solutions. "Security needs are constant, since POS systems can be a playground for hackers,” he notes. “Everybody downloads files constantly, so you have to monitor your suppliers as well."

One of his clients, a six-store chain, spends almost $4,000 per month on security. "All the standard IT security problems apply to POS, plus you have to follow the rules of your credit card processor," Calio explains.

Indeed, cyberattacks have shut down two of Calio's clients, in ways very familiar to IT service providers: breaches and ransomware. "Credit card processors told a five-store chain that since they were breached and lost card information, they must replace every piece of POS equipment to maintain the ability to take credit cards," says Calio, explaining that card processors don’t trust the retailer to remove malware and secure the system.

Today, large restaurant chains are taking advantage of smart POS, Surdek says, “but they're a minority still. Many small systems have just one POS terminal, mobile devices, and a chip reader for payment."

For now, need determines if a retail business buys a smart POS, he adds. “Probably no more than 20% to 30% of our clients use the smart features."

Taking a low-code approach to developing a great GUI

Run The Things Stack Network Server on a Raspberry Pi

Building trust in the IoT