Sensors Are the Heart of the IoT

Samuel Greengard
Added to IoTplaybook or last updated on: 08/10/2018 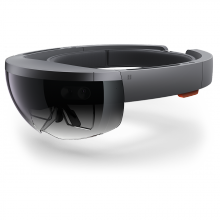 This article is part of a 3-part series. Be sure to read them all!
Part 2
Part 3

The opportunities for building IoT applications are limited only by the imagination and engineering prowess of system designers and integrators. Yet virtually all roads lead to sensors. An April 2018 report from Zion Market Research snaps the issue into perspective: The advisory firm predicts that the IoT sensors market will reach U.S. $27.38 billion by 2022. This represents an annual growth rate above 24 percent.

Sensors are the eyes, ears, nose, and touch of the IoT world. Available as thermometers, gyroscopes, accelerometers, pressure sensors, light sensors, magnetometers, and beyond, they can be combined to drive remarkable innovation. According to Zion, the top consumers of sensors going forward include the automotive, healthcare, consumer electronics, building automation, manufacturing, and retail industries.

Companies in those and other verticals will use sensors to collect the data that runs the algorithms that automate more and more of their operational processes. It’s all promising enough that industry leaders such as Google, Apple, and Microsoft are investing in IoT sensor startup firms and beginning to push the technology into the industrial marketplace.

For example, Microsoft announced last month that it will soon bring back Kinect, a motion-sensing technology originally associated with the consumer Xbox and officially discontinued last year. The new version will incorporate a variety of cameras and sensors designed to work with Azure services in the enterprise arena. Aptly called Project Kinect for Azure, the technology will aid in data collection and analytics processing for a range of tasks from robotic assembly to facial recognition. When paired with a variation of Microsoft’s HoloLens augmented reality system, Kinect-based solutions can be deployed in factories, farm fields, and retail establishments.

Building and supporting those and other solutions will require help from integrators. Such tasks aren’t plug and play now—and may never be. There are simply too many variables to address across multiple layers of IT.

The takeaway for channel pros is that it’s wise to learn about sensors and the ways they can be strung together to create solutions that deliver business value and bottom-line results. Over the next few years, IoT sensors will drive massive advances in the use of artificial intelligence, virtual reality, augmented reality, smart factories, and smart cities. A June 2017 report from British chip maker ARM, in fact, predicts that more than 1 trillion IoT devices will be deployed by 2035, and that cumulative spending on IoT connectivity modules will rise to U.S. $750 billion between 2017 and 2035.

Masayoshi Son, chairman and CEO of SoftBank Group Corp., which owns ARM, sums it up well: Connected systems, he recently stated, will lead to “an information revolution that will redefine all industries.”