Selling the Value of the IoT

Samuel Greengard
Added to IoTplaybook or last updated on: 07/03/2018 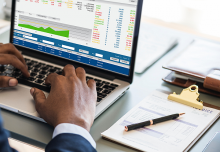 Yet selling the value of the IoT to potential customers and clients who don’t understand the value of IoT solutions can serve as a stumbling point for turning leads into sales.

A Dollars and Sense Approach

The evidence shows that the Internet of Things can generate a tangible and definable return on investment. A 2017 study conducted by Santa Clara, Calif.-based Aruba Networks, a Hewlett Packard Enterprise company, found that the IoT produces clearly defined returns across multiple vertical industries.

The survey of 3,100 IT and business decision makers from organizations in 20 countries with 500 or more employees found that 72 percent of organizations have introduced some form of the IoT into the workplace. Seventy-eight percent of those firms, moreover, have experienced improved IT effectiveness as a result, while 72 percent have enjoyed increased profitability.

Data like that is a good starting point for clarifying the value of IoT investments for would-be clients. According to Chan, one of the problems with the IoT is that it involves a broad and sometimes confusing array of technologies, platforms, processes, and standards. “It’s important to understand how various systems and technologies can lead to results,” he says.

Chan and others suggest doing some basic analysis when pursuing sales prospects and making the resulting data a key part of your pitch. Focus on vital areas such as increased efficiency, cost savings, higher customer satisfaction levels, innovation, better security, greater profitability, and improved visibility into operational processes when promoting and selling the IoT to prospective customers.

According to the Aruba report, 97 percent of organizations expect the IoT to deliver returns in the next five years. But expectations don't always become reality. It's easy to underestimate the complexity of IoT projects. Integrators and VARs that wish to tap into that enthusiasm must develop plans that “capture the attention of company leaders outside of the IT department” and provide a roadmap and technical plan for arriving at success.