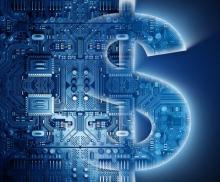 2021 IS AN ODD TIME to be complaining about the hardware market.

After all, a year ago at this time channel pros were still scrambling to meet pent-up demand for PCs among end users suddenly working from home due to the coronavirus pandemic, not to mention their study-from-home kids.

Contrary to at least some expectations, moreover, that torrid sales momentum hardly cooled in the quarters that followed. Sales of desktops, notebooks, and workstations climbed 13.1% in 2020, according to IDC, which recorded 91.6 million shipments worldwide in Q4 alone. Aberration? Global shipments in the normally weak post-holiday first quarter this year totaled nearly 84 million.

And there appears to be no end in sight. “We believe a fundamental shift has occurred around the PC, which will result in a more positive outlook for years to follow,” said IDC analyst Ryan Reith in a recent press release.

Don’t expect, David Vu, of Knoxville, Tenn.-based MESHD MSP, to get excited, however. Like many of his peers, he regards hardware as more of a burden than an opportunity. “Hardware is something that we will always kind of have to deal with in some respect, because you have to access the internet somehow,” says Vu, who traces that lack of enthusiasm to a phenomenon familiar to channel pros everywhere.

“There’s not much margin in hardware,” Vu says.

Or at least there isn’t, he and others agree, if you simply take and fill orders for new PCs and servers. IT providers who think smarter about how they sell and support hardware can make good money along the way. Indeed, according to Erez Pikar, CEO of Trox, a provider of education solutions headquartered in Phoenix, reports of hardware’s death as a business opportunity for the channel are greatly exaggerated.

“I’ve heard many conversations that said the same thing for the last 20-plus years I’ve been in this industry, and people are still make a living selling hardware,” he says.

MARGINS ARE AS SLIM as ever in hardware, but channel pros are finding creative ways to profit from it anyway.

BUILDING HARDWARE INTO industry-specific solutions can yield even greater profits.

Or at least there isn’t, he and others agree, if you simply take and fill orders for new PCs and servers. IT providers who think smarter about how they sell and support hardware can make good money along the way. Indeed, according to Erez Pikar, CEO of Trox, a provider of education solutions headquartered in Phoenix, reports of hardware’s death as a business opportunity for the channel are greatly exaggerated.

“I’ve heard many conversations that said the same thing for the last 20-plus years I’ve been in this industry, and people are still make a living selling hardware,” he says.

Joining those people involves big changes, but getting small things right can be helpful too. Adding manufacturer service plans like Lenovo’s Premier Support or Dell’s ProSupport to hardware deals, for example, can increase margins for you while reducing device-related downtime for your clients.

Including warranties in every sale you make, renewing those warranties when their expiration dates approach, and offering extended warranties from third-party providers when renewal isn’t an option are further profit boosters. When one such provider, hardware and software asset management vendor ScalePad, began offering extended warranties on workstations last year it discovered that 64% of the devices then in its database were unprotected. Selling extended coverage just for that sliver of the world’s commercial PCs represented a $500 million channel sales opportunity, the company estimated.

Simply checking in on customers regularly about their hardware needs can uncover hidden revenue opportunities too. You’ll never know if companies are tiring of their current PCs midway through a refresh cycle, for example, if you don’t ask. “We try to do quarterly reviews and see where the client’s performance and expectations are,” Vu says.

Vu is also a fan of standardizing the hardware his customers use as much as possible in a bid to drive margins up by driving overhead down. “We’re able to troubleshoot more efficiently,” he says, because technicians can get more familiar with fewer products.

ImageNet Consulting has collected similar dividends from standardizing customers on up-to-date equipment. “It really simplifies the support on the back end,” says Juan Fernandez, the Oklahoma City-based solution provider’s vice president of managed services. “I’m doing the same thing over and over, which gives me the operational opportunity to improve and simplify and automate.”

To make hardware a real bottom-line contributor, though, you must stop selling it all alone. PC margins may be slender, but “blended margins” on bundled combinations of hardware, software, and services are substantially greater.

In fact, Esteban Blanco, “chief geek officer” of Arlington, Texas-based technology service provider Blanco I.T., makes so little on devices that he simply passes along the discount he receives from Dell, his supplier of choice, to the end user. “Whatever we pay for the equipment is what the customer pays,” says Blanco, who then diligently attaches security software and managed support to every hardware deal he makes.

“The client pays you to protect that endpoint month after month after month,” Blanco notes. “You multiply that times five years, and that [hardware] margin is pennies compared to what you just made on the managed service.”

Focusing on services yields additional benefits, according to Pikar, whose company provides soup-to-nuts assistance with hardware from acquisition to disposal. “It makes you dramatically more sticky with your customers,” he notes. “Hardware vendors are easier to replace than vendors that handle everything from planning, financing, services, software, and end of life.”

Bundled offers become even more attractive to business owners when they can be paid for on one recurring bill, which is why many hardware makers and distributors now offer device-as-a-service (DaaS) options.

Vu, for example, routinely takes advantage of D&H’s DaaS program. Fernandez draws on HP’s equivalent to let customers buy hardware plus associated support, security, compliance management, and more at affordable monthly rates over a three-year term. A competitor, he notes, might charge $3,000 for a new notebook and $1,500 for services, all payable up front. “I’m saying it’s 75 bucks a month for 36 months,” Fernandez says.

Devices elsewhere in the office can also produce revenue, according to Blanco, whose clients are increasingly deploying video surveillance cameras, smart thermostats, smart bulbs, and other Internet of Things hardware, as well as software and panels for controlling them. In addition to one-time installation fees, he says, IoT projects often spur businesses to add or upgrade switches, routers, and firewalls.

Don’t forget the back office either. Businesses are investing in private clouds running on converged and hyperconverged infrastructure even as adoption of public clouds soars, according to Craig McLellan, CEO of Etobicoke, Ont.-based cloud solution provider ThinkOn. Platforms like Amazon Web Services and Microsoft Azure may be scalable and efficient, he notes, but their restrictive data egress policies make using them a little like staying at the Hotel California: You can check out anytime you like, but you can never leave.

“My view is why not give people the benefits of cloud economics on-prem,” says McLellan, whose company sells turnkey private clouds featuring Lenovo servers stocked with VMware vCloud and backup software from Veeam. Users agree to a minimum financial commitment but pay mostly for what they consume at rates that include remote management.

An even simpler yet also lucrative ThinkOn offering combines Lenovo hardware, Veeam software, and a custom anti-ransomware solution to form purpose-built backup appliances with integrated off-site disaster recovery. “It’s almost impossible for a customer to recreate this on their own without going through an extremely large amount of effort,” says McLellan, who charges anywhere from 2.5 to 8 cents a gigabyte for capacity and maintenance. A cold-storage appliance could soon follow.

Anticipating and acting on needs like that is the ultimate secret to prosperity in the hardware market. Blanco points to a friend of his who runs a networking solution provider as further proof. The company recently landed a deal with a building management business that’s currently rolling out hundreds of keyless, smartphone-controlled front door locks, and needs help with the Wi-Fi portion of the project.

“There’s a ton of opportunity out there,” he adds. “You just have to really keep your ear to the ground and recognize it.”

The next frontier for IoT is outer space