The need for interoperability, which is making different types of devices or technologies communicate with one another, is certainly nothing new in our industry. It has paved the way for technological developments, while at the same time ensuring future-proof products. Most importantly, it has been a catalyst in guiding newer trends, such as AI and IoT, into maturity. As new technologies reach this crucial point where standardization is necessary for seamless integrations, we further see the need of open standards and cooperation within the market.

At Anixter, we have been testing interoperability in our Infrastructure Solutions Lab for many years, connecting devices and clients from different suppliers to our test server site to ensure that integrations and multi-supplier solutions are going to work correctly for our customers in real-world scenarios.

Due to the proprietary way that access control security components have historically been designed and manufactured, achieving interoperability between different manufacturers’ products hasn’t always been easy. It sometimes has involved developing specific device drivers or creating workarounds to get readers, panels and other peripherals to share information and communicate with a common access control management platform.

As a result of the proprietary nature of the access control market, customers often have remained confined to deploying single-supplier access control systems and felt forced to buy access control panels from a particular manufacturer in order to maintain their current investments in legacy card readers, door controllers and card technology. But the industry is changing as the development of standards-based applications grows, and end users and system integrators alike are recognizing the value of open standards, such as the interoperability standards created by ONVIF.

ONVIF Profile A provides an interface for ONVIF member developers to use when developing access control software and other security products. Profile A defines the requirements that govern how one Profile A application can communicate and interact with another, facilitating interoperability for multi-vendor projects.

Profile A covers credentialing, and, from a standardization perspective, has the potential to pave the way for the future of access control. Already there is discussion about the ability for cameras to act not only as a reader in identifying a person within an access control system, but to also act as the system’s control panel, and the catalyst that triggers the rest of the system to work —  activating the door strike, monitoring the request to exit and door position switch, and so on.

While some manufacturers have already experimented with this concept, each has undoubtedly come at it with their own approach, utilizing few elements of standardization. Although Profile A has been established as an access control protocol, the future potential exists for it to reside in a camera and carry out the same functionalities. This enables  the camera to be used as a multi-purpose device, and to not only stream video, but to communicate directly with the door controller and become an integral part of the access control system as well.

As the industry continues to improve edge devices by adding additional functions and intelligence, using common interfaces can help pave the way for faster deployments and additional innovation in these areas.   This is just one example of how the vision of ONVIF, for the industry to communicate using a common interface, is being realized. 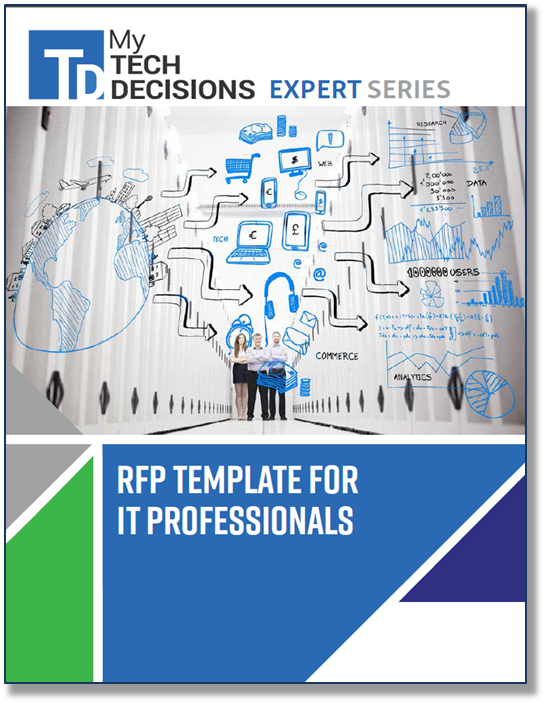 Now's your chance to see what someone else's RFP looks like! Download our template today and get a jump start on your next project.

The Tipping Point Is Now

In contrast to the video surveillance market, access control technology has historically been slow to change in large part because of the high upfront costs to acquire and install a system and the longevity of the equipment — commonly between 12 and 20 years. End users and their need for open network-based infrastructures are driving recent changes in this market, as the line between physical security and IT continues to blur. Physical security systems are now often managed by IT departments and IT directors are rightfully demanding open architecture approaches (like IP networks) rather than the proprietary and sometimes duplicative design of traditional security systems.

The drive to an open architecture approach has proliferated across many related industries, and today we see lighting, HVAC and other functions residing on the network as well, offering businesses the option to minimize operating costs and to better control and monitor their facilities. This trend of hosting everything on an IP network clears a path for an Internet of Things, which in many respects is already here.

The network can already transfer pieces of data from one system or device and correlate it with other data in analytics software programs, ultimately providing usable, actionable information to end users, aggregated from such several systems as video, audio, intrusion, voice and other systems. Multiple network-based systems make things like intelligent building automation a reality, delivering cost savings, keeping people and assets safer and reducing energy requirements.

Bob  Dolan  is  the  Director  of  Technology  for  Security  Solutions  at  Anixter.    He  brings  with  him  over  29  years  of  sales,  management,  and  technical  experience  in  the  physical  security  industry.  After  working  with  end-users  and  integrators  for  many  years,  Bob  earned  his  RCDD  (Registered  Communication  Distribution  Designer)  certification  from  BICSI  (Building  Industry  Consulting  Standards  International)  in  2009  and  his  CPP  (Certified  Protection  Professional)  from  ASIS  in  2012. Bob is  also  an  ONVIF  Technical  Services  Committee  Member.

As one of the major platforms within a smart building environment, access control systems play a large role in this IoT scenario. When connected to other, seemingly disparate building systems using a common interface, this deeper interoperability enables  increased productivity to the overall system. As a contributor to an intelligent building ecosystem, access control systems also serve as a repository of large amounts of data – tracking people’s movements for real time facility population data or facility usage based on the day’s meeting room booking schedule. The more data that is available within a system means the more quickly that adjustments can be made, further ensuring the security and efficiency of the building.

When enabled with artificial intelligence, access control and other building systems can begin to recognize patterns, anticipate events and behaviors and make proactive changes to the building environment, enabling its occupants to work more efficiently.  Whether the temperature and lighting for a room is adjusted based on recognized patterns – a 10am meeting every Thursday on the fifth floor, or doors are unlocked in anticipation of a recurring event – AI allows for systems to be smarter, more effective and provide additional costs savings by further reducing the administrative burden of the system.

With so much data being fed into these management platforms, from AI technology or other more traditional sensors, a stumbling block to true interoperability still remains. To effectively be able to harvest actionable information out of the received data, it has to be readable in a common format. Data readable in only one proprietary ecosystem will jeopardize the idea of interchangeable information, and further reinforce the silos that exist between the largest providers. Profile A could offer a solution for this in the future, by providing users with that common interface, and allow the market to continue to grow through interoperability and innovation.

Profile A: A High Return on Investment Where it Matters Most

Middle and smaller market manufacturers will likely find Profile A the most beneficial, as Profile A essentially levels the playing field between large and small manufacturers, eliminating the need for proprietary protocols between suppliers for communications between different components of a system. End users can, for example, choose specialized, high-end access controllers and panels from one manufacturer to use with Profile A conformant access control software that is perhaps lesser known, but that provides what the end user needs when it comes to management and reporting.

Another segment of the security market that will benefit from Profile A is the middle market business that is growing and acquiring other smaller companies. As manufacturers continue to adopt Profile A into their products, Profile A conformant access control componentry will mean that a business doesn’t have to rip and replace the Profile A conformant access control devices in the facilities that they’ve acquired. Instead, they can deploy and use their own preferred management software in the newly acquired facilities using existing hardware. This can offer a huge cost savings for businesses.

It’s also important to note that Profile A and other access control standards, such as the Security Industry Association’s Open Supervised Device Protocol (OSDP) that allows access control hardware – such as card readers and control panels – to interface with each other, are not competing standards but are complementary. ONVIF Profile A and OSDP can coexist within the same access control ecosystem and can both provide benefits. This synergy between ONVIF Profile A and other standard interfaces allows end users to implement technology driven by their specific needs, rather than by a single standard or proprietary brand approach.

With the development and release of Profile A, ONVIF is making a long-term commitment to open access control systems in particular. The development of Profile A took two years and the work of many ONVIF member company representatives from all over the world to develop a standard that can take the physical security market into the next decade.

One thing that ONVIF and Anixter have in common is our view that standards are created to be tools that let customers make educated decisions, with the freedom to choose the hardware and software of their choice, regardless of manufacturer. When end users can just think “It works,” and move on with their day, that’s when we know ONVIF has done a good job in developing a practical solution.

To learn more about Profile A or any of the ONVIF Profiles, visit www.onvif.org.