Joe Stanganelli
Added to IoTplaybook or last updated on: 02/25/2019 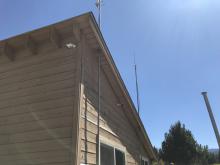 Best practices for IoT deployments tend to resemble their IT counterparts, which highlight the importance of such things as open standards for interoperability and future-proofing, open data access and transparency, and adherence to popular security and privacy frameworks.

Still, IoT deployment best practices and IT best practices don’t align 100 percent, according to Gary Russell, founder of residential and commercial IoT integrator LiveSmart Technologies, in Orange County, Calif. Rather, what’s most important in IoT deployment and what’s most important in IT represent partially overlapping circles on a Venn diagram.

A big part of this comes down to the differences between what IT generalists and IoT integrators typically deal with on a day-to-day basis.

Whereas IT is largely concerned with devices connected and powered via fixed wire, many IoT devices are wireless. Even where wire-free hardware is not necessary from a strict technological or usability perspective, it often becomes the only practical way to deploy devices for customers who demand that no wires be visible.

“In the IT world, devices are always on and plugged in—and in the battery world, they are not,” explains Russell. “And IT departments are not used to working quite the same way with these battery-powered devices that are wireless.”

Moreover, according to Russell, many IT generalists aren’t up to speed on the latest IoT wireless networking protocols. These include ZigBee and Z-Wave for residential installations; versions of Bluetooth, including versions 4.2, 5, and Bluetooth Low-Energy; LoRaWAN for wide-area networks; and SIM-based cellular data networking.

“The IT world, yes, they deal with Wi-Fi, but most of the time they’re dealing with wired stuff,” says Russell. “A lot of IT folks aren’t aware of some of the newer signals and protocols that are out, and they’re not used to working in those frequency bands.”

One recent deployment involved installing smart security cameras across multiple sites, including at a maintenance building located about a third of a mile away from the main building. The answer was running a 5 GHz wireless link between the buildings. This involved aiming antennas and testing the signals between them with diagnostic tools like a network-health tester and a spectrum analyzer. LiveSmart has dealt with multiple use cases like this.

Distance also plays a heightened role in post-installation success. The business in the aforementioned installation, for instance, is located about 500 miles from LiveSmart’s home office. Tools and techniques used by providers of traditional managed IT services are essential for supporting such environments, says Russell, who cites remotely managed power strips as an example. “Use a smart plug to reboot certain things, such as the network video recorder, remotely, or even on a schedule,” he advises.

Much of IoT deployment best practices, in other words, comes down to a single, familiar word: preparation.

JOE STANGANELLI is managing director at research and consulting firm Blackwood King. In addition to being an attorney and consultant, he has spent several years analyzing and writing about business and technology trends. Follow him on Twitter at @JoeStanganelli.