Samuel Greengard
Added to IoTplaybook or last updated on: 05/01/2019 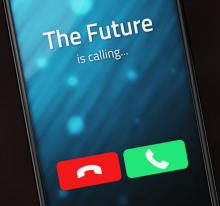 The hype and hoopla over 5G seem to be reaching a crescendo. Almost every day, a news site or industry pundit issues a proclamation that this next-generation wireless technology will transform the business landscape and change people’s lives. While it’s tempting to shrug off 5G as just another evolutionary step in the advancement of wireless technology, doing so would be a big mistake, particularly in the IoT space.

The Internet of Things intersects directly with 5th Generation mobile networks, which are slated to arrive in the U.S. in 2020. 5G offers opportunities to advance smart city initiatives, supply chains, robotics, military systems, and myriad other frameworks by a quantum leap. It will fuel the Industrial IoT and the much-touted 4th Industrial Revolution. That’s all because 5G will deliver speed increases from 10x to 20x over current 4G networks, putting performance in the neighborhood of 100MB per second.

But speed isn’t the entire story. Reduced latency (as great as 90 percent), energy savings (again, up to 90 percent), cost savings, and increased system and network capacity promise to radically transform the way we think about the IoT and use it to achieve various tasks. These improvements will boost the connectivity and dependability required in an IoT-centric world. As an AT&T Business report notes: “5G is more than just speed. It is a conglomeration of technologies that will elevate and enrich the user experience from end to end.”

Major telecoms, including AT&T, Verizon, and T-Mobile in the U.S., are already touting and showcasing the technology. At the January 2019 CES in Las Vegas, vendors demonstrated everything from new surgical systems to far more advanced smart cars and virtual reality environments that depend on mobile connectivity. But many other tech vendors are also gearing up for 5G. They’re looking to introduce new devices, products, and services that will operate in a far more robust mobile world.

The upshot? Preparing for 5G is critical, and integrators, MSPs, and others shouldn’t delay. 5G will require significant IT upgrades, including software-defined networks and network function virtualization, along with more robust cloud and application frameworks, plus accompanying content delivery networks, cloud disaster recovery frameworks, and virtual data centers. Cybersecurity and privacy will demand focus, as will the different ecosystems, exposure points, and endpoints 5G involves.

For instance, current 4G technology transmits signals in multiple directions simultaneously. 5G signals, however, are transmitted from panels that point in a single direction. This makes it possible to use approximately 1,000 more network devices per meter than current 4G networks. The net result is less congestion and crowding from smartphones and other mobile devices, but also an ability to use IoT devices and sensors in entirely different ways. However, this gain comes with the pain of different security requirements.

Right now, it’s wise to ratchet up internal knowledge and capabilities around 5G and advise clients to follow suit. The question isn’t whether this technology will impact your business but how, when, and where. Simply put: 5G is to mobile what broadband was to dial-up modems. It’s an entirely new and more powerful paradigm.

How MSPs are Responding to the COVID-Crisis - Guest: Luis Alvarez

The Art of Creating IoT Insights