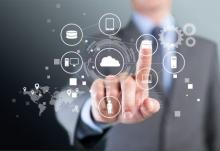 EARLY ON with Internet of Things projects, choosing IoT hardware meant selecting inexpensive sensors and similar devices that varied little from vendor to vendor. That’s no longer true today, so picking sensors and the supporting edge devices can get complicated. Your checklist for IoT hardware decisions, therefore, must include project requirements, power source, connectivity, and, as always, security.

When it comes to the sensors themselves, there are many manufacturers and a wide range of prices and functionality. For instance, air quality sensors for smart city use cases can start at $50 and go up to $10,000. "The $50 one tells you enough to decide to exercise inside or out, but the $10,000 unit provides reports you can use as evidence in court," says Benson Chan, senior partner at consulting firm Strategy of Things.

Functionality is a key consideration, but so is ease of use for some projects. Gary Russell, owner and president of LiveSmart Technologies, based in the Orange County, Calif., area, says his customers prefer simple, one-touch, one-function command buttons. "Now buttons are complex with eight functions or more, and I have a hard time finding the simple ones," he says.

Another consideration when choosing sensors is the power source. Will AC power be available? If it must be powered by a battery, how often will that battery need to be replaced? Is solar an option? Some small sensors, like those from Everactive (formerly PsiKick)(link is external), can "harvest" energy from heat or radio waves and don't need a battery; these are well suited for Industrial IoT use cases.

The available network often dictates the endpoint chosen. Russell prefers Z-Wave for home automation, because "it runs at 928 MHz, meaning better penetration than other networks, it uses a strong mesh protocol, and we have very few problems. Almost any Z-Wave device works with any Z-Wave gateway." He also prefers wired to wireless when possible, to get faster speeds and avoid interference issues.

Project size is another factor. On a large scale, such as campuses or cities, LoRaWAN, cellular data, or cell plus LoRaWAN are all reliable network options. Wi-Fi remains popular, and cellular data over 5G will soon become viable too in most cities. Chan says large projects bring extra decisions. "Do you buy one sensor for city use and a different one for the country because of different networks, supporting two device types, or use one network so one device works in both locations?"

5G really becomes important for gateways, adds Chan. "If your network is high latency, you want the edge as close to the device as possible."

For home systems, LiveSmart developed its own portal software, so edge devices must use software that can be integrated, which is why Russell chose HomeSeer. "HomeSeer's software is excellent, and its if-then rules are incredible, so there's almost nothing we can't do with their edge and hub systems."

Neatness counts in home systems, and some smart thermostats now act as edge devices, since there's room in the device and it's out of sight. Russell also uses an open channel on video security systems as a combination edge device and customer portal when possible.

As artificial intelligence software moves closer and closer to the endpoint, the decision of where to process sensor data becomes an issue too. An edge or gateway system that processes data from downstream sensors must be more powerful than one that merely forwards data to the cloud. Dell and other vendors offer specialized edge servers, says Chan.

Finally, security is the overarching requirement for all projects and must be included from the beginning, says Chan. Cybersecurity goes beyond the device itself, he adds, because a secure device is only secure if you have a secure gateway, edge server, cloud, and network. "You need a secure ecosystem," he stresses.