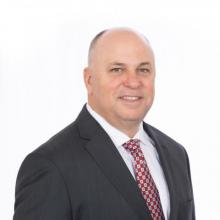 BUSINESSES SEEKING INSIGHTS from their equipment to work smarter are increasingly eager to reap the benefits associated with IoT-ready devices. In an ideal world, they would start with a “blank sheet” and install the newest equipment, built from the ground up with connectivity and AI integration. This is often referred to as “greenfield” development, and it can take months to years to deploy across the enterprise.

The alternative to starting clean is the replacement of existing equipment, which is often part of a routine, long-term obsolescence plan.

A third option is to modify existing “brownfield” equipment to enable the most necessary of IoT features—connectivity and data capture—and reap a return in a fraction of the time and expense. Indeed, millions of pieces of legacy machinery, from tractors to manufacturing lines to HVAC systems, are already generating valuable data today. When businesses capture and process it, they sow the seeds of the business-changing benefits of IoT long before they need to replace existing equipment.

The root of a brownfield IoT strategy is the fact that virtually everything is capable of generating data whether we realize it or not; one only has to capture it. For most businesses, accessing the data is the first step to benefiting from the IoT.

Consider an HVAC system in a 50-story office tower. There is rich, potential data in the system’s operation related to uptime, energy consumption, efficiency, temperature, vibration, noise, and fluid flow. To understand how the equipment is performing and have the ability to predict changes, you might need a handful of sensors, a wired or wireless mechanism to get the information to the cloud, and software to convert the data into actionable insights—or at least make that information remotely accessible via a web or mobile app. In some cases, the sensor data is available and you would simply need to transfer the data from an existing bus or interface to the cloud via wireless technology to do the same.

The resulting intelligence could save the building operator money through performance optimization and predictive maintenance. In addition, the business can more deliberately focus on evaluating, purchasing, and scheduling replacement when the time is right, such as when new features over and above IoT connectivity demand it. As a bonus, the team gains experience and information from the retrofit that informs a better strategy for replacement, and a better ability to take advantage of the new gear.

At the same time, the HVAC manufacturer could benefit from retrofitting as well, capturing data on all of its installations around the world to inform service, support, and product development. This would provide a captive market to sell additional equipment and services to.

Working with the Infrastructure You Have

Most existing equipment that natively transmits data does so via a wired connection to a central bus, but a retrofit approach would allow that data to be sent to the cloud via existing Wi-Fi or cellular data networks. One could also take advantage of new long-range (LoRa) wireless networks dedicated to IoT.

Thanks to the small packet sizes of data being captured and transferred, this conversion can be done with minimal impact on the existing network. In addition, by building security into the hardware and software layers at the edge, the network can be protected from becoming a threat vector.

Today, as companies consider how to maximize the value of IoT, it’s important that existing devices aren’t discounted in the pursuit of IoT.

Retrofitting could put a business on the path to IoT success while existing equipment is still viable, extending its useful value significantly or just creating breathing room for a careful replacement strategy. Either way, you get the best of both worlds: the benefits of immediate connectivity and a greater reward when you make the big move.

The Car: A Rolling Smart Device