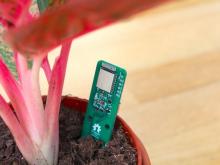 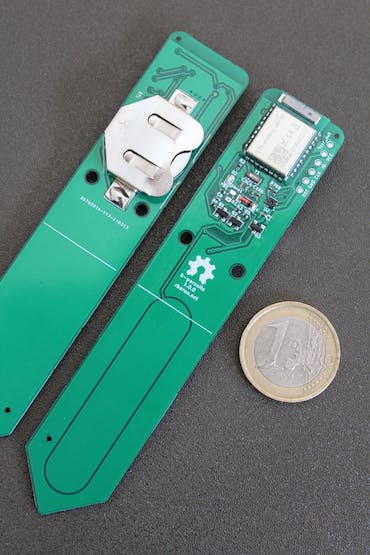 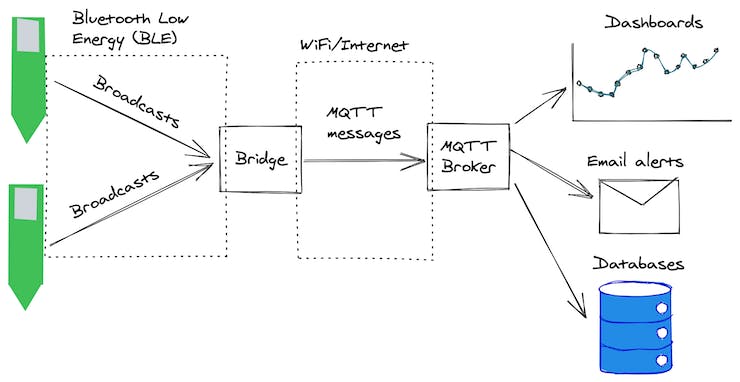 b-parasite works by periodically measuring the soil moisture, air temperature/humidity and broadcasting those values via Bluetooth Low Energy (BLE) advertisement packets. After doing so, the board goes into a sleep mode until it's time for another measurement. The sleep interval is configurable - I often use 10 minutes between readings, which is a good compromise between fresh data and saving battery.

At this point, b-parasite's job is done. We have many possibilities of how to capture its BLE advertisement packet and what to do with the data. What works okay for me is having a BLE-MQTT bridge that listens for these BLE broadcasts, decodes them and ships the sensor values through MQTT messages. The MQTT broker is then responsible for relaying the sensor data to interested parties. This is the topology shown in the diagram above.

A popular choice for a BLE-MQTT bridge is the ESPHome project, which runs on our beloved ESP32 boards. I forked ESPHome into rbaron/esphome and added support for the b_parasite platform. An example project using this fork is defined in this repo, under bridge/ (check out README.md there for more info).

The main parameters involved in estimating the battery life are:

In the following screenshot, I measured the voltage of a 10 Ohm series resistor during the on-cycle, for a 8dBm transmitting power (the voltage is negative, so it is upside down): 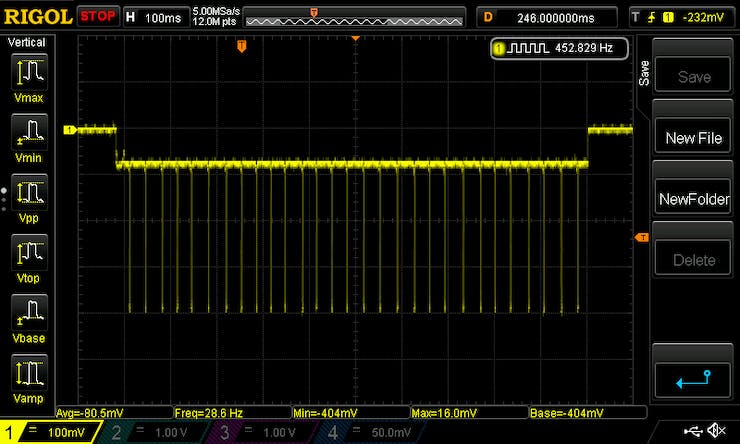 The short high peaks correspond to when the radio is active, sending broadcasting packets. The average current consumption during this active time is roughly 9mA. Let's round it to 10mA. During off time, I measure a current of less than 3uA.

With these parameters in hand, I put together this spreadsheet in which you can estimate the battery life. For example, for an active time of one second and sleep time of ten minutes, we see a runtime of 488.10 days. 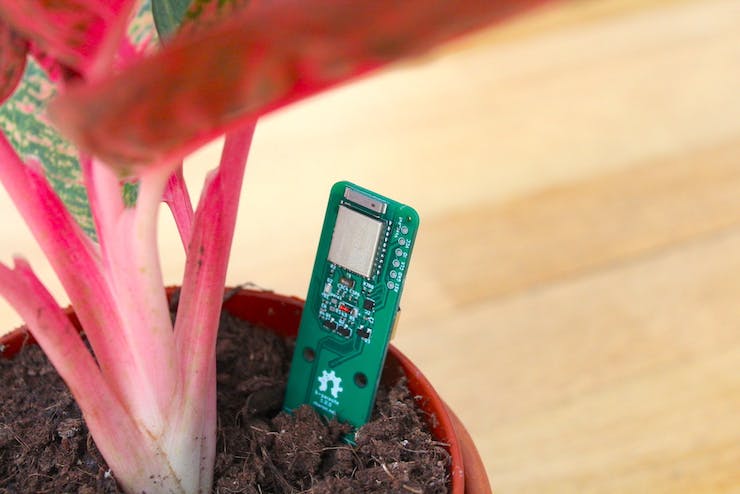 A 3D printable case model can be found in case/. 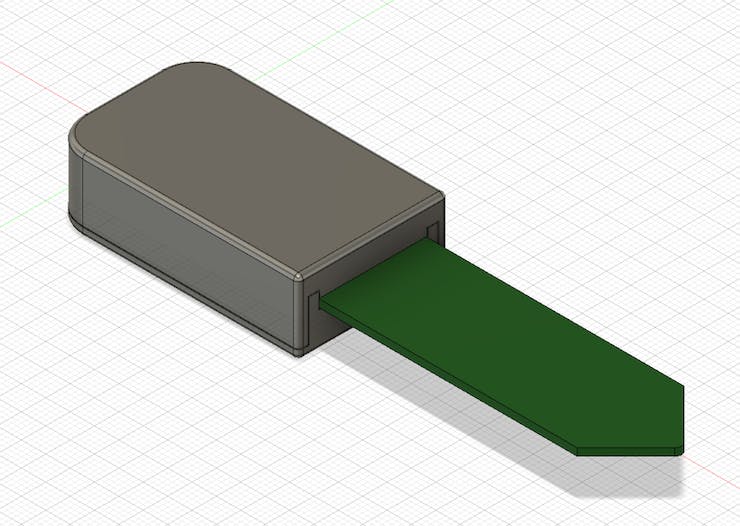 Github - GitHub repository with all the design files and code.