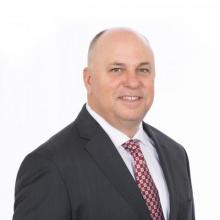 AVNET KNOWS all about taking the long view.

The distribution heavyweight turned 100 this year, after all, having successfully weathered a Great Depression, a Great Recession, a world war, a global pandemic, and much more. Along the way, the company also transformed itself from a radio parts reseller to one of the world’s biggest suppliers of IT products and services, with a stop as the industry’s first distributor of integrated circuits along the way.

What may be Avnet’s biggest transformation yet, however, began in 2017, when it sold its advanced solutions business to fellow distributor Tech Data for $2.6 billion in conjunction with a bold decision to invest more in the Internet of Things, a market worth $742 billion last year, according to IDC, and set to grow at an 11.3% CAGR from there.

“Focus is the name of the game for us,” says Lou Lutostanski (pictured), Avnet’s vice president of IoT.

Focus and perseverance, one might add. To become the world’s foremost IoT distributor Avnet must first assemble the world’s biggest collection of components and solutions, and easiest delivery and consumption mechanisms. Lutostanski, who stepped into his current post just after the Tech Data transaction closed, has been spearheading that effort.

It’s been long, patient work that to date has centered chiefly around forging links between two channel segments with few existing relationships. On the one side are hardware manufacturers with sensors and other components to sell but little experience dealing with IT providers. On the other side are IT providers building IoT solutions by hand on a one-off basis.

A Bridge to the IT World

Avnet’s new mission—and strategic opportunity—is closing that gap. “We’re trying to provide a bridge from the people that build equipment and the people that make devices that go into that equipment to the people in the IT world,” Lutostanski says.

The core tool for realizing that goal is Avnet’s IoTConnect Platform, a would-be operating system for the Internet of Things designed to provide common ground in which device makers can connect with integrators, and integrators can build solutions. The absence of such an environment, according to Lutostanski, has been the biggest obstacle in the IoT’s way for years.

“There’s not a standard platform out there,” he says. “That’s the thing that’s holding everybody up.”

Using IoTConnect, which is based on Microsoft Azure, integrators can find devices from Avnet’s many suppliers, register them, manage them, secure them, and analyze the data they produce, tasks that can take weeks or more utilizing SDKs and stand-alone tools. More recently, the company has been creating a library of preintegrated devices that users can drag and drop into an application and quickly connect online to a gateway.

“All of a sudden you’re recognizing a brand-new sensor and getting immediate information from those devices,” Lutostanski says. “We’re trying to make IoT simple, secure, and fast, and abstract all of that complexity below the cloud.”

Profitability is a priority too, so channel pros with packaged, resellable IoT solutions can work with Avnet on marketing their offerings via Microsoft. “They’re always very, very hungry for their sellers to have what they call repeatable solutions that they can promote to their customers that will allow them to increase their Azure consumption,” Lutostanski notes.

That said, the lead-generation phase of Avnet’s long IoT journey is still mostly up ahead. For now, job one is building out IoTConnect with more devices and more developers.

“Populating the ecosystem with engaged participants is what we’re about today,” Lutostanski says.