2020 State of the Channel: Cloud and Managed Services Are All Grown Up 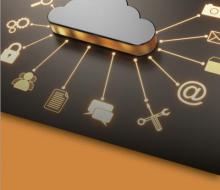 THE CHANNEL as we know it isn’t very old.

After all, the first providers of managed services via RMM and PSA systems began showing up a scant 20 years or so ago, and the MSP business model was still a puzzling one in the eyes of most IT providers when ChannelPro debuted in 2007. Practically no one, moreover, imagined someday being a cloud service provider the next year when Microsoft’s Business Productivity Online Suite, which later became Office 365, arrived.

CHANNELPRO READERS are even more bullish about overall IT market conditions now than a year ago.

THE HARDWARE MARKET is showing fresh signs of life.

The markets that defined the decade just ended for channel pros, it seems, have grown up fast. According to our fifth annual State of the Channel report, channel pros have too. No longer a strange if promising concept, managed services has officially become the new normal among our readers, according to this year’s data. And cloud partners are steadily diversifying beyond low-margin offerings like Office 365 licensing into more demanding—and profitable—online opportunities requiring deeper expertise.

Meanwhile, younger markets with even brighter near-term prospects are gaining velocity even as frequently dismissed older ones like hardware march stubbornly forward. The complete picture, as always in IT, is complex, rapidly evolving, and reliably interesting.

Nothing but Blue Skies for IT in Aggregate

That picture begins with an appropriately bullish assessment by our readers of the overall IT landscape. Indeed, the share of participants in our survey anticipating much better conditions for their business in the next 12 months jumped from 23% last year to 33% in 2020, while respondents predicting merely stable conditions dropped from 31% to 24%. Similarly, 57% of channel pros expect their clients to spend more on technology this year and 11% believe the increase will be significant. That last figure is up from just 6% in our previous study.

The channel’s rosy take on the economy as a whole is undoubtedly contributing to that upbeat outlook: Though the 22% of survey respondents expecting significant improvement in 2020 is about the same as last year’s 20%, the segment predicting some improvement jumped from 33% to 43%, while the portion forecasting flat conditions plunged from 36% to 19%.

Numbers from last year’s balance sheets have our readers thinking optimistically too. Fully 53% of participants in our latest study collected more revenue in 2019 than the year before, and 50% earned more profit. Those figures are up from our previous survey’s already impressive 42% and 39%, respectively, and help explain why 64% of channel pros expect a fatter top line this year and 62% anticipate a bigger bottom line.

Decreasing concerns about wage growth could help explain that increasing confidence about profit. In an encouraging, if preliminary, sign that hiring qualified administrators may finally be getting a little less expensive, the share of readers forecasting pricier salaries for technicians dropped from 43% last year to 34% this year, even though the percentage of survey respondents planning to add headcount is roughly the same. The trend extends to salespeople as well: 66% of channel pros predict little change in what they pay their sales team this time out, versus 55% a year ago.

Things are moving faster in the swelling market for security software, hardware, and services, which analysts at IDC say will climb at a 9.4% CAGR through 2023 to $151.2 billion. Good thing, too, according to our readers. In 2019, 50% of them rated their anxiety level about cybersecurity dangers at 9 or 10 on a 1-10 scale, with 10 indicating the most concern. This year, that figure is all the way up to 67%.

Closely related fields also saw big upticks in interest. Fully 83% of surveyed readers, for instance, now offer BDR, widely considered the last line of defense in a well-designed security architecture, versus 68% last year. What’s more, training services (including but not limited to security training) are now available from 68% of poll participants versus 47% in last year’s study.

There’s more than proliferating threats drawing channel pros into security. Some 29% of our readers now call security services a high-margin business, versus 21% in 2019. The number of channel pros calling BDR high margin, furthermore, is up from 25% a year ago to 32% now, while the number saying the same of training services has spiked from 17% to 26%.

The future looks even brighter to many in our survey base. Nearly 46% of the people we polled foresee higher profits for security services in the next 12 months, versus 36% in our last study. Another 36% see steeper profits on the way in BDR, and 24% say the same of training services.

Security, however, isn’t the biggest growth opportunity in the channel. Worldwide spending on Internet of Things solutions will reach a towering $1.1 trillion in 2023, according to IDC, up from $726 billion in 2019. The number of survey respondents offering IoT solutions has dipped ever so slightly in the last year from 30% to 29%, but readers in that cohort are doing a better job of making money: The segment of our survey base calling Internet of Things solutions a high-margin field has more than doubled since 2019 from 8% to 19%. Moreover, 41% forecast even higher profits ahead in the next 12 months, versus just 24% a year ago.

As for managed services, the momentum we highlighted in our last State of the Channel report has evolved into dominance in a startlingly short time. While 65% of the readers we surveyed in 2019 offered at least some managed services, the number now stands at a whopping 82%. For comparison’s sake, only 77% of surveyed readers offer basics like networking gear and PCs.

MSPs enjoy the money they’re making at managed services too. Among this year’s poll sample, 47% call managed services a high-margin market, versus 35% in our last study, and 43% believe profits will grow even richer in the next 12 months. That’s down from 2019’s 49%, but a big number just the same.

Like managed services, cloud computing generally and software-as-a-service specifically have become thoroughly mainstream. The portion of respondents to our poll offering Office 365 licenses, for example, stands at 71% this year, and 34% of readers are selling Google G Suite as well, up from 21% in our previous report.

Cloud solutions are also producing a growing share of billings for channel pros. The portion of our readership making at least half its revenue from the cloud has more than doubled since 2019 from 8% to a still modest 18%. The number of channel pros making less than a quarter of their revenue online, by contrast, has dropped from 79% to 68%.

Still, no one is making much profit in SaaS productivity apps at present. Just 4% of the channel partners we surveyed, in fact, call Office 365 a high-margin business, and 53% believe margins will remain about the same this year. A slightly better 6% of poll respondents like the profits they’re clearing on G Suite, but 37% foresee flat margins ahead there too.

Look for figures like that last one to persist, moreover: Though 44% of polled readers expect cloud solutions to generate a greater share of revenue this year (down from 57% a year ago), 51% see cloud revenues holding stable.

Solution Lineups Are Getting Broader and More Profit-Heavy

A closer inspection of this year’s results, however, reveals signs that cloud strategies among channel pros are maturing. For one thing, readers we polled are shifting away from selling table stakes productivity suites like Office 365 alone toward providing a wider range of services. Fully 48% of survey participants now offer website hosting, for example, versus 31% a year ago, and 54% now offer unified communications or VoIP to customers, versus 47% in 2019.

Channel pros are increasingly progressing beyond SaaS as well. The portion of our audience selling infrastructure-as-a-service solutions based on Microsoft Azure, Amazon Web Services, and other public cloud platforms has notched up from 32% in last year’s survey to 36% in our latest one. Just over 31%, furthermore, now deliver platform-as-a-service offerings, as opposed to just 25% a year ago.

Better yet, channel pros are pairing commodity-priced cloud licensing with more lucrative cloud services in bigger numbers. Among respondents, 69% provide some combination of cloud consulting, deployment, and migration assistance to their clients, up from 55% the year before, and just 19% of readers call margins on those services low.

Encouragingly, readers are also venturing into the burgeoning and profitable market for cloud-based business applications. Doing so entails adding new people and skills, but channel pros are increasingly willing to make those investments: Some 28% of those we polled this year support online CRM solutions from Salesforce, Microsoft, and others, for instance, versus 17% in 2019. Similarly, 23% support cloud-based ERP products from vendors like SAP and Oracle’s NetSuite unit, way up from the 11% operating in that field 12 months back.

Evidence that readers are diversifying their offerings isn’t limited to our cloud-focused data, however. Figures from elsewhere in our study also show channel pros entering markets that require more know-how and therefore pay better. For example, 46% of those we polled now provide videoconferencing solutions, versus 36% in 2019, while 32% offer digital signage solutions against last year’s 25%.

Up significantly as well since our previous report are IT integration services (offered now by 71% of readers rather than 64%), server virtualization (68% now instead of 59% before), and desktop virtualization (58% now versus 46% before). The portion of channel pros doing no custom application development whatsoever, meanwhile, has nosedived from 59% to 23%.

Hardware: Not Dead Yet

Hardware may not be the trendiest way to make a living in technology these days, but it’s far from a dead end either. Fueled by the recent end of extended support for Windows 7 and increasing demand for premium laptops, in fact, global sales of PCs grew 2.7% last year, according to IDC, marking the first full year of growth in that category since 2011.

The 2020 ChannelPro State of the Channel survey was conducted online from August to October 2019, and was open to everyone in our email database. About 41% of the 1,035 respondents call themselves MSPs, 36% say they’re primarily VARs, and 18% are custom system builders. Just over 49% hold executive management titles such as CEO, owner, and president; about 21% work in unspecified technical management roles; and about 17% are sales or marketing managers. Approximately 42% work at companies with one to four employees, while roughly 13%, 24%, and 20%, respectively, are affiliated with firms that have five to nine, 10 to 49, and 50-plus people on staff.

Pessimism about server hardware is abating too. Though 12% of readers forecast lower profits on servers in 2019, only 8% do this year. And though 60% of participants in our previous study predicted unchanged or higher margins on servers, a sharply improved 78% say the same in our new one.

That should give heart to the channel pros in this year’s survey sample, 67% of whom are 50 years old or more. You apparently don’t have to be young to do well.